Astrology is not a Science!

Stars twinkle in my mind when I read the name of Carl Sagan, as his contribution to space sciences has enabled the mankind to surpass the limits the earth. Cosmos, his popular and novel work, focusing on origin of life and mankind place in universe, is one of my favourite books. Yet, I don’t agree with Sagan at various points, especially on astrology. He was a denier of all spiritual aspects of life, perhaps an atheist. He refuted the astrology on the bases of polls-a-part deviation between astronomical realities and astrological planetary significations. In support of his thesis, he put many arguments, but unfortunately his reasoning is confined to apparent contradiction and limited samples of astrological readings. He committed the mistake of taking the karakas (significators) in verbatim and correlating them with physical and chemical characteristics of planets. Moreover, he highlighted the absence of scientific facts in favour of planetary influence on human affairs. And inferred that astrology, like ancient religious believes, is nothing but superstition. Similarly, he also presented the (sun sign based) daily horoscope of two leading American newspaper of same day and pin pointed the ambiguousness and marked difference between them. In short, he proved astrology is a pseudo science.

Unlike other astrologers, I don’t hold that “astrology is a science” as science has its own material paradigm. I don’t know why astrologers insist and argue that astrology is a science. Astrology is not a science and can not be a science. Science addresses the material aspects of things and has its own parameters to judge a reality. But the question is how many realities and practices around us fulfill scientific scrutiny? Can presence of God be proved in a laboratory? Can efficacy of prayer be tested? Can ethics and aesthetic be calculated scientifically? Should we deny all of them because science is unable to prove them? No. We must have to accept them whether science denies them or not, because they are philosophical and spiritual realities of life. It is fallacious to judge a non-material reality on the touchstone of matter, i.e. science.

The beauty of astrology is its depth and breadth in material, philosophical and spiritual paradigms. The mathematical and astronomical aspect of astrology fall in the material (scientific) category. Analytical part has philosophical grounding while predictive and remedial measures are spiritual facet. That's why I believe that astrology is not "merely" a science, it is more than a science.
Posted by M. Imran at 9:09 AM 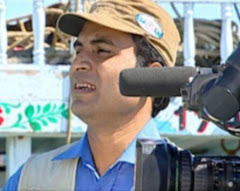